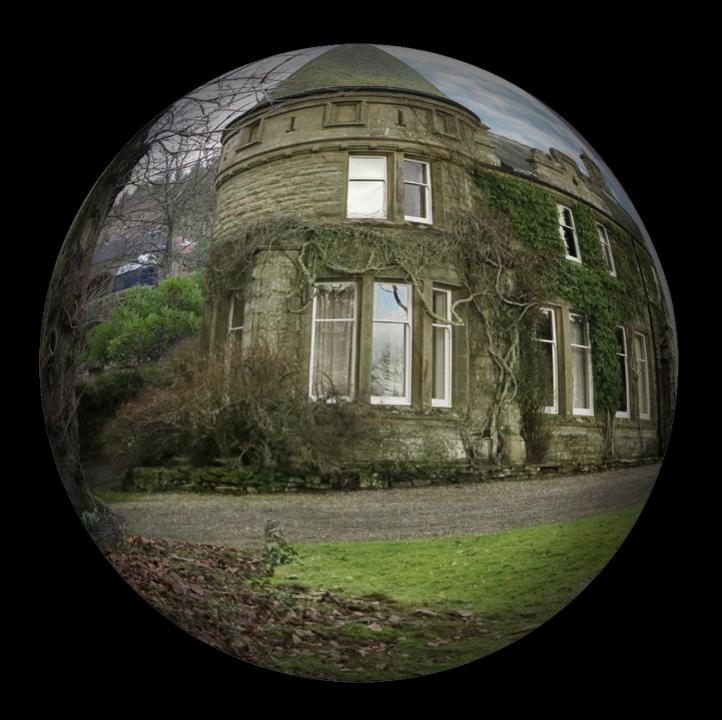 This work was produced as part of ‘The Poetics of the Archive: Creative and Community Engagement with the Bloodaxe Archive’.  An Arts and Humanities Research Council project run by the Newcastle Centre for the Literary Arts, October 2013 and March 2015.  It will be exhibited as part of the festival marking the end of the project, the Newcastle Poetry Festival, 19 – 21 March, 2015, at Northern Stage and the ExLibris Gallery, Hatton Gallery, Newcastle Upon Tyne. Website

Made in contrast to the close focus typically exacted by an archive, Panegyric Panorama pulls back, presenting the broader context of the origins of the artefacts. When the archive was first established in 2013, Bloodaxe Books was working out of a renovated farm building at Highgreen Manor in the remote Tarset valley, Northumbria. A year later, they moved 25 miles to new offices in the small market town of Hexham. This work documents what was the home of Bloodaxe Books from 2000 to 2014. The office, set within the late-seventeenth century Manor, and the dramatic upland landscape that surrounds and secludes it.

Originally recorded as a series of digital photographs, each group of images was assembled into a single, wide-angle view of the space. For the office panorama, photographed from a fixed central point, the process was simple. However, the panoramas of the manor and the landscape were made by walking around the perimeter of the area, shooting in towards the buildings or out towards the hills. Stitching these photographs together was far more complex and produced ‘false panoramas’, full of anomalies, distortions and fabrications. Although disguised by the apparent logic of the scene, these faults lend the image a strange, hyper reality.

These photographic collages were then translated into video, reinstating a sense of physical space and real time. Each scene appears to spin past like an endless slow panning shot in a movie.

Presented as back projections onto small spherical glass discs, the effect is that of viewing the scenes through a lens, a telescope or a claude glass. The mimesis is meticulous but distanced, immediate yet held in an endless loop of time. Here, conserved within a glass sphere, are the origins of the Bloodaxe Archive.